Elektrilevi has taken into use their first 110 kV power line between Kehra and Kose, resulting in decreased regional network losses, improved supply security and ensured standby for increased load. The volume of investment was 1.1 million euros.

“The employment of the Kehra-Kose 110 kV line is undoubtedly a historical event for Elektrilevi,“ said Kristo Külljastinen, Elektrilevi’s construction department manager. “A line operating at 110 kV voltage is generally outside the distribution network’s administrative field in Estonia, but common in Europe. We see that we could minimize network losses even more and improve network’s operational management, if we take into use lines operating at 110 kV voltage in high-load network areas“. 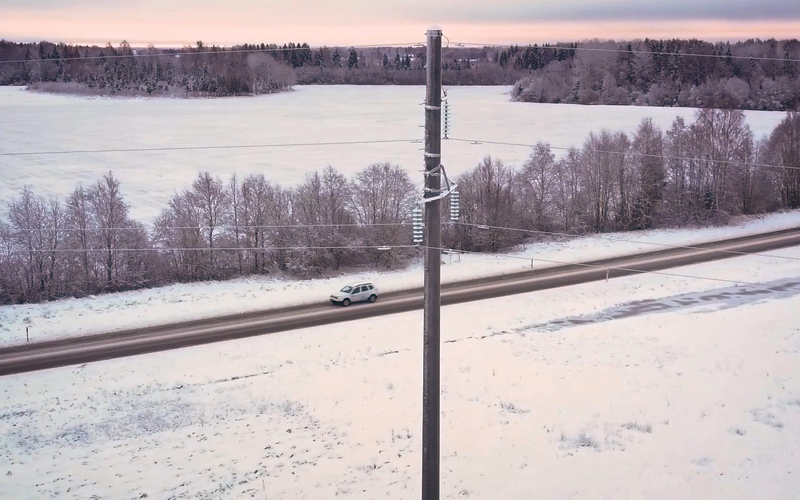 Major part of Elektrilevi’s lines are at low or medium voltage i.e. 0.4 kV-35 kV. But lines operating at 35 kV voltage are not perspective from the point of view of the development of the distribution network and their maintenance will become more and more expensive year by year. In European countries most distribution networks manage also 110kV lines. Constructing 110 kV lines instead of current 35 kV lines is in Elektrilevi’s plans for the future as well.

The biggest advantage of higher voltage lines over medium and low voltage lines are lower technical network losses and the possibility to transport electricity farther by using the same line. Higher construction price and a wider protection zone are disadvantages which impose certain restrictions in realization of investments. “It is wise for us to construct 110 kV lines only to areas where higher power is needed, “added Külljastinen.

Electricity supply will improve both for Kose and Kehra residents in the area of the line because of large investments, and also for local companies, the largest of which are AS Klaasimeister and Horizon Pulp & Paper Ltd.

The new 27 km long Kehra-Kose aerial line was built instead of the old lower voltage line. During this, 81 km of cable was replaced, 10 new pylons, 27 km of lightning protection cable and 3296 new disc insulators were installed. Necessary deforestation work was done throughout the area to broaden the power line corridor.

Elektrilevi is the largest distribution network company in Estonia and it manages approximately 61 000 km of electricity lines and 24 000 substations.